"Being seen for who you are is such a deep need for all of us," Interview with ZPI Executive Director Rami Efal 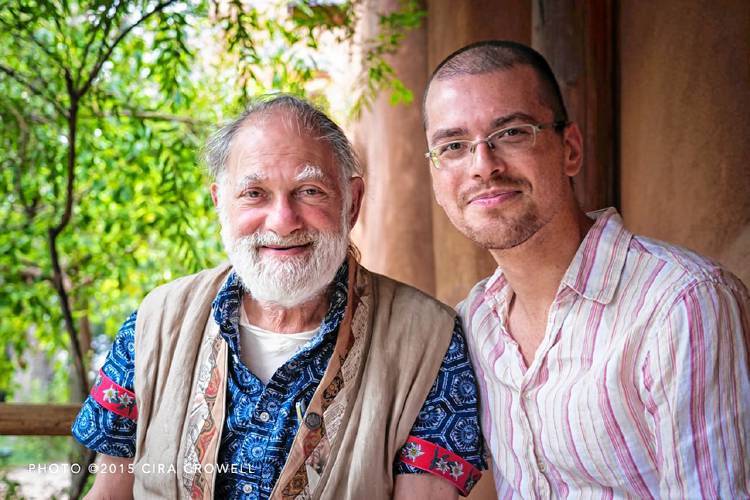 Photo by Cira Crowell. This interview was produced for the Recorder in Greenfield Massachusetts, by Richie Davis.  Visit their website to read in full.

With a crayon between his fingers and a small crowd of young, wonder-filled faces gathered around him, Israeli native Rami Efal has captured the attention of a group of young Muslim refugees at the port of Piraeus in Greece.

In the midst of their excruciating journey last April, the Syrians, Afghans, Iraqis are drawn to the fellow, bespectacled immigrant. One by one, Efal sketches a portrait of each weary, apprehensive face, capturing the child’s inner joy masked by the anxiety and stress of conditions at this crowded camp and the their long ordeal.

It’s a quick work of art, as Efal has done again and again around the world, as part of his own journey. Yet these refugees are in no hurry, as this week-long “plunge” last spring by Zen Peacemakers volunteers from around the world has made clear. 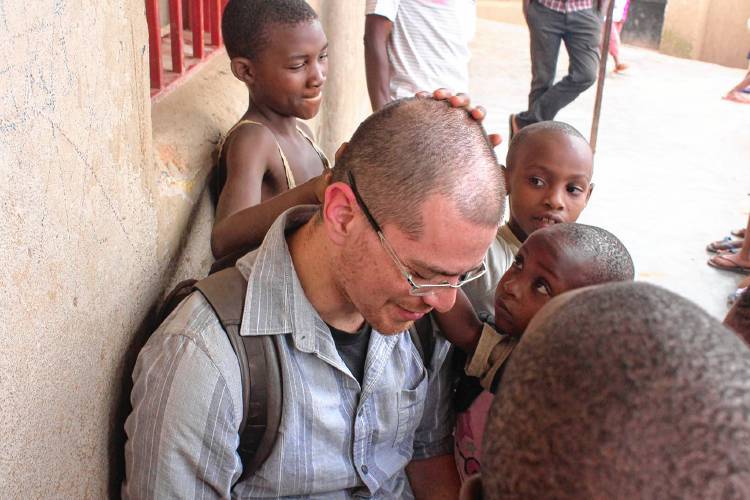 Again for Efal, the new executive director of Montague-based Zen Peacemakers, this member-led “Not Knowing Pilgrimage to Greece” is an opportunity — as the founder of the Buddhist organization, Bernie Glassman, first envisioned — to get meditators “off the cushion” and toward the Zen order’s three tenets: “not knowing, bearing witness and taking action.”

“When you experience the world as your cushion, it’s a big cushion,” says Efal, the Northampton resident who’s traveled to Bosnia, Auschwitz, the Black Hills of South Dakota and the streets of New York to “bear witness.”

Starting out as an student whose dream was to become an artist in New York, Efal arrived from Israel in August of 2002 at 24 for an exchange semester at New York’s School of Visual Arts. He remembers himself as “an adamant atheist with very little patience for anything spiritual.”

A veteran of the Israeli army arriving one year after the Sept. 11 attacks and in the midst of the Second Intifada, he recalls, “It was also the first time I was taken out of the Israel bubble, and I wasn’t aware of how much the political climate and the Israeli-Palestinian struggle was weighing on me. It was the first time I experienced myself without it, and the creativity that came out. It was like I met a new person.”

Efal decided to finish his degree at the New York school, where his thesis — a graphic novel set in 18th century Japan — drew him to read about meditation and finally to immerse himself for two years at Zen Mountain Monastery near Woodstock, N.Y. This was followed by two years of living and practicing Zen Buddhism at Fire Lotus Temple in Brooklyn, N.Y.

Feelings of isolation in his work — in which he’d also felt the first deep contemplative moments while immersed in creation of illustrations, portraits, landscapes — gave way to connections with a 2,500-year-old Zen tradition. It was at the temple in 2009 that he was introduced to Glassman through his book, “Bearing Witness.”

Read the rest of the article at the Greenfield Recorder.