The 2018 Zen Peacemakers Native American Bearing Witness Plunge was completed this past month, July 15-19, 2018.  The event, which lasted 5 days and spanned South Dakota, Wyoming and Nebraska brought together participants from across the United States and Europe with elders and their families from Cheyenne River Sioux Tribe reservation.

The itinerary began in Rapid City, South Dakota and went on to Ft. Laramie in Wyoming where the 1868 Treaty was signed, guaranteeing Lakota exclusive possession of the Black Hills. (The treaty was broken in 1874 when a US military expedition discovered gold there, and the land was confiscated by the US in 1877.)  Afterwards the group continued to Ft. Robinson in Nebraska where Lakota leader Crazy Horse was killed in 1877, and concluded at Wounded Knee, the location of the last armed confrontation between the Lakota and the US army.  Descendants of those who survived the massacre maintain a close relationship. They held a memorial and town-hall meeting on the last day of the plunge and invited the Zen Peacemakers to join.

The 2018 Native American Bearing Witness Plunge was the first step in a three-year plan to bear witness to and appreciate the Lakota way of life, their present-day struggles, and to explore the relationship between those Native Americans and the non-natives that hosted and participated. The final step will be to co-develop a direct-impact project to benefit our hosts’ community.

ZPI is grateful to Manny, Renee and Claudia Iron Hawk and to Violet Catches for their leadership and care, and to all of our participants who responded to the calling to join and carry the work of healing forward. 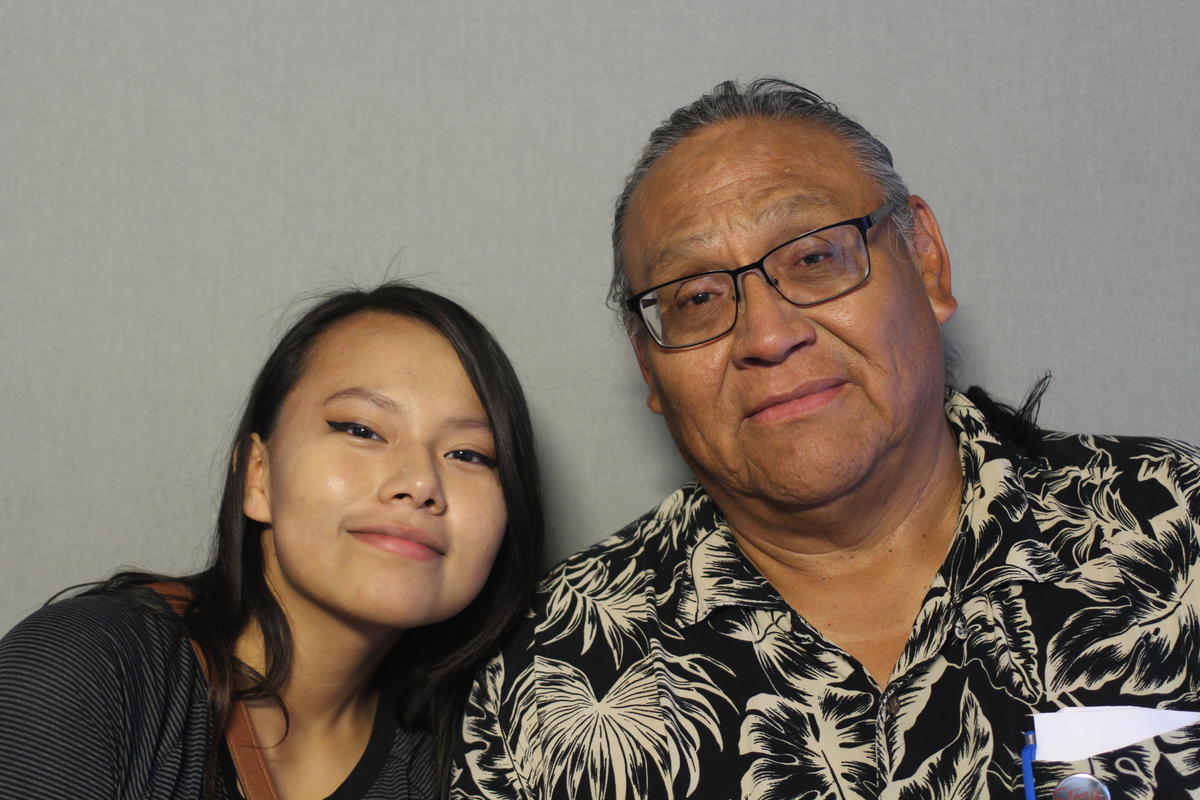 Above, father and daughter Manny and Claudia Iron Hawk at the StoryCorps MobileBooth in Bismarck, ND. Listen to their StoryCorps recording, where they speak about the importance of preserving their language, culture and spirit.

Read more reflections on the 2018 Plunge by Roshi Eve Mark in “Stay out” & “We Bring Ourselves.” Iron Hawk, who fought and survived the battle of Little Bighorn, and Manny’s great grandfather, is second on right. Photo at Rapid City airport, also etched on the memorial wall at Little Bighorn State Park monument.